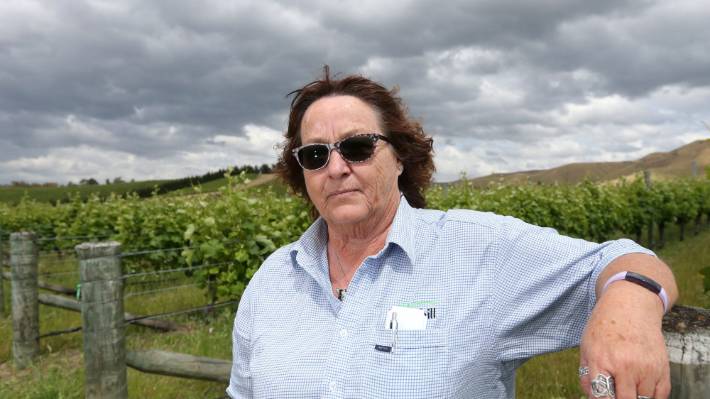 “They’re not going to make it because they can’t get them X-rayed because they’re in shutdown,” Neal said.

“Basically Samoa’s off limits for anyone coming into work at this stage – it’s a massive amount of people out of our workforce.”

Neal has been fighting for her 12 Samoans employed in Marlborough to be vaccinated before returning to Samoa on Christmas Eve. She is concerned they may miss the vaccination efforts in Samoa, and not be allowed to return to the country next year.

“If they miss the vaccination when they go back, if their village has already been done, are they going to be allowed back?” she asked.

The measles epidemic in Samoa could have ‘massive’ impact on Marlborough’s RSE workforce, according to scheme managers.

The Samoan Government enacted a two-day shutdown of the measles-ravaged country last week, and embarked on a door-to-door mass vaccination campaign.

While latest figures from the Ministry of Health showed 91 per cent immunisation, it will likely impact the arrival of Recognised Seasonal Employers (RSE) workers to New Zealand next year.

Since the RSE scheme began in 2006, Samoans have been required to have an X-ray for tuberculosis on a three-yearly basis.

Thornhill supply horticultural workers to vineyards in Marlborough and Hawkes Bay. Managing director Richard Bibby said the company was waiting on the arrival of 22 Samoans in early January to Hawkes Bay, but a little over half had undergone the X-ray.

“At this stage, obviously all the effort is going into the measles epidemic and they’re not manning the X-ray machines for RSE workers coming in,” Bibby said.

“Unless they get X-rayed we’re not going to be allowed to bring them in.”

Bibby said up to 800 Samoans were employed between Marlborough and Hawkes Bay, making up almost half of the RSE workforce.

“They’re a major part of our workforce, and we just find them exceptional at what they do and motivated when they come to New Zealand.”

The pacific country has been ravaged by a measles epidemic that has claimed at least 72 lives, the vast majority of them children under the age of four, although the epidemic seems to be slowing.

A Ministry of Health spokesperson said there was no requirement for people travelling to New Zealand to be immunised for MMR (measles mumps and rubella), because vaccination was not compulsory in New Zealand.

However, as part of their mass vaccination effort, the Samoan Government would not let any Samoans leave the country un-vaccinated. Bibby said it was also a requirement of RSE recruitment at Thornhill.

“It’s just the uncertainty in Samoa at the moment – obviously the resources are not with RSE workers,” he said.

“They’re looking to inoculate the whole population, and at this stage we’re still waiting on boys to get those inoculations as well as their X-rays.”

Immigration New Zealand (INZ) Enablement general manager Stephen Dunsten said INZ was working closely with the Ministry of Health and Ministry of Foreign Affairs and Trade to reduce the risk of bringing measles into New Zealand.

“INZ is in touch with RSE employers and other industries that could be affected by the epidemic, so they understand the current situation,” Dunsten said.

“Employers and workers have been made aware the measles epidemic may cause visa delays for workers coming to New Zealand.

“RSE employers have been told they can consider other options, and this includes recruiting workers from other RSE sending countries.”

He said around 2000 RSE workers were expected to come into New Zealand this season, with just over half already arrived.

Thornhill pastoral care manager Julie Neal said Marlborough had a five month window, as they would not be bringing in more Samoans until winter. But the arrival of Samoans to other regions and companies would likely be delayed.