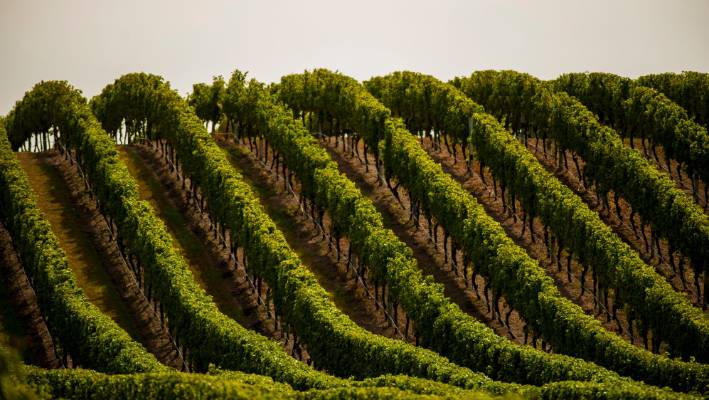 Rural industry leaders say without foreign workers they would not be able to get their grapes picked, kiwifruit packed and cows milked. So how dependent are New Zealand’s rural industries on migrant labour?

Last year, more than 20,000 foreign workers came to New Zealand to work in industries related to the rural sector.

Immigration New Zealand says migrant workers provide a necessary supply of skills and labour when it cannot be met by New Zealanders.

The majority of foreign workers employed by the rural sector enter New Zealand as part of the Recognised Seasonal Employer (RSE) scheme.

The scheme, which was introduced in 2007, allows the horticulture and viticulture industries to recruit workers from eligible Pacific countries.

The industry also relied on foreign workers to meet the hospitality needs of the growing wine tourism sector.

“The reality is that there is almost always a shortage of Kiwis willing and able to live and work in our wine regions,” he said.

It was on the back of the RSE workers that the wine industry had grown to be New Zealand’s sixth-largest export producer, Clarke said.

He said the scheme had been effective and with its detailed pastoral care requirements and it was highly regarded internationally as an example of a programme that benefited New Zealand and the countries the workers came from.

RSE workers offered labour consistency in wineries, along with backpackers and foreign students.

Clarke said the wine industry valued the “internationality” of its workforce. He said staff came from all over the world and were actively encouraged to travel and complete vintages in different countries.

“In this way, they may do three or four vintages in a year before returning to New Zealand, or somewhere else, with more experience and taking a more senior role.”

Kiwifruit Growers chief executive Nikki Johnson said the RSE cap increase had amounted to 40 per cent of what the industry requested. RSE workers were critically important to provide continuity of workforce.

Backpackers also provided essential labour, especially during the seasonal peak when the requirement for workers rose to up to 18,000 for a few weeks.

“Currently, because of workforce shortfalls, backpackers are used all season even though they are a less efficient workforce due to turnover,” Johnson said.

The Government needed to implement strong policy with long-term certainty around the number of RSE workers available, and their allocation, she said.

Stephen Vaughan, general manager of verification and compliance, said Immigration New Zealand was undertaking a review of the RSE scheme policy as part of a broader review of Pacific immigration policy. Findings were due next year.

Clarke said New Zealand Winegrowers appreciated the certainty the increased RSE worker numbers provided, and would be participating in the  review.

General secretary of First Union Dennis Maga said migrant workers at vineyards and kiwifruit orchards were vulnerable because they were itinerant and reluctant to undergo a complaints process.

There were plenty of good employers in the kiwifruit industry, he said. “We commend them because they are largely encouraging full employment, but there are rogue ones.”

Maga said the union received complaints about the involvement of labour contractors, some of which migrant workers said were not paying minimum wage.

“The way they operate it is hard to pin down the employer, because it appears they are not directly employed by the growers, so if ever you lodge a personal grievance there is some grey area there because of the involvement of third parties,” Maga said.

Johnson had focused on protecting itinerant workers, providing them with guidance material translated into different languages. They were advised on what their rights were and what they should expect from employers, she said.

She said labour contractors were used because there was a huge number of small orchards which only needed workers for two to three days of picking. There were 450 contractors in the industry, she said, and they all had to be registered and audited.

“We have had a number of scenarios where backpackers contact us for assistance because something’s gone wrong and we do absolutely follow that up, even if they have left the country.”

If the worker was owed money, Kiwifruit Growers would make sure they were paid, Johnson said.

All of Kiwifruit Growers’ contractors were registered, she said, and if there was a dispute they would pay the worker. “If they don’t, they know that we’ll remove their accreditation and they won’t be able to work in kiwifruit anymore.”

Johnson said in instances of under paying, the contractor would be put through a revised audit system and have to undergo further compliance activity if they were considered to need it.

Kiwifruit Growers provided guidance material to backpackers translated into French, Spanish and German, Johnson said. “It has a whole section on workers rights, what they should expect to see from their employer, what their employment agreements should say.”

Maga said international students and backpackers employed in orchards were sometimes paid under the table, and some foreign workers were on visitor visas.

“These workers are not really encouraged to file a complaint because they move elsewhere rather than voice their complaint against the employer.”

Johnson said the industry employed very few international students but Kiwifruit Growers encouraged all complaints to be reported so that they could be dealt with.

Maga said to protect RSE workers, it was important there was a systematic approach applied by the Labour Inspectorate in the area.

The union had heard concerns from migrant workers over inadequate water supply, health and safety equipment and toilet facilities at orchards. The Port-a-loos at some sites were inadequate for menstruating women, for example, Maga said.

“We’re still not getting there in terms of how the RSE workers are treated.

“This is a very important industry for New Zealand, and the industry has a responsibility to ensure that their industry is actually protecting vulnerable workers.”

Johnson said all aspects of the RSE scheme, including workers’ welfare, was tightly controlled by the Ministry of Business, Innovation and Employment (MBIE).

Vaughan said the Labour Inspectorate ensured minimum employment standards were met and employees were encouraged to contact MBIE if they had concerns about their employment conditions or rights.  Advocates for migrant workers could also report exploitation on a migrant’s behalf anonymously.

“This helps build information that can lead to investigations of poor businesses and workplaces,” he said.

“We actively encourage our members to be alert for any signs that workers are not being protected, and to report any suspected breaches to the Labour Inspectorate,” he said.

The carbon emissions created flying 14,400 workers to and from New Zealand is a problem the industries don’t have a solution for.

Johnson said RSE workers’ travel to New Zealand was included in the industry carbon footprint. “Information pertaining to this topic, including our industry approach to climate change, will be announced in at the [industry’s] Momentum Conference in [February] 2020.”

Clarke said New Zealand Winegrowers had a climate change research programme under way at its Bragato Research Institute to understand impacts on the industry.

“Vineyards and wineries have a pretty light carbon footprint compared to many industries, but understanding the carbon footprint of the whole wine production system, including things like production and labour inputs, and offsets like carbon storage into vine trunks and wine, is something the industry is actively engaged in.”