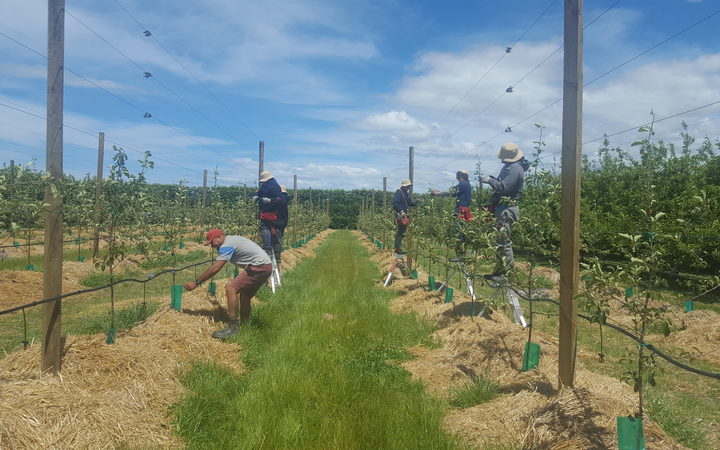 Ten Samoans on the New Zealand Recognised Seasonal Employer (RSE) scheme have been expelled for various reasons including theft, smoking marijuana and for extra marital affairs.

Samoan Prime Minister Tuilaepa Sailele Malielegaoi said not only have the workers been banned from the scheme but their villages have also been blacklisted until further notice.

This means no more workers from these villages will be allowed to go on the scheme.

“Time and again, I have personally advised all our RSE workers before leaving to remember the importance of their seasonal employment engagement because it’s their families, children and their villages which are reaping the fruits of their hard labour,” he said.

The village of Poutasi, Falealili, one that has been a success story in the past with RSE workers is now blacklisted because three workers from there were allegedly involved with alcohol-induced criminal activity.

“This action serves as a reminder and a deterrent to seasonal workers that are disobedient and show any undesirable behaviour which will compromise more jobs for Samoans, that they will be weeded out without hesitation,” said Tuilaepa.